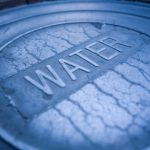 In 2003, the City of Stockton approved a $600 million contract privatizing the City’s water utilities for a twenty year period. The contract ceded virtually all operational and managerial control of the City’s drinking water, wastewater, and stormwater utilities to the British company OMI/Thames. Community and environmental groups challenged the City’s claim that the project was exempt from CEQA. Once the City was forced to evaluate the environmental effects of the drastic change in operation of its water utilities, the City decided to terminate the OMI/Thames contract entirely. Thanks to CEQA, Stockton water utilities are now back in the control of City officials, who are fully accountable to the public.