Posted | Comments Off on Facilitating Community Involvement in Antioch 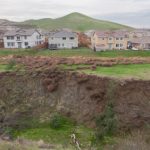 Since 1980, Antioch’s population has doubled and development has raced to keep up. This rapid growth came at the detriment of open spaces, endangered species habitat, and traffic, and had pushed development to the edges of the community. Concerned about impacts on quality of life, Antioch residents used CEQA to stop a proposal by the City of Antioch that would have dramatically increased urban sprawl. The Sand Creek Specific Plan would have eliminated the green belt that separates Antioch from Brentwood and also would have also destroyed a significant habitat corridor. The Plan would also have exposed residents to serious public health risks by allowing sand and coal mining, which also increased the risk of landslides. Despite these environmental and public health concerns, the City was poised to approve the Plan. When the Draft EIR was opened to public comment, the community rallied against the Plan and eventually the City reversed its position. The CEQA requirement for public participation helped to Antioch residents protect quality of life.