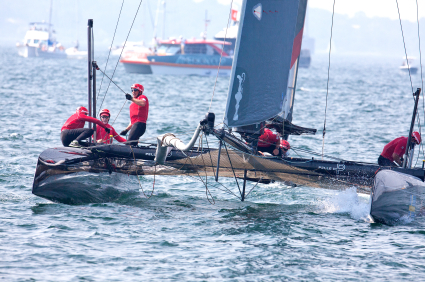 In preparation for San Francisco’s hosting of the 2013 the America’s Cup, Piers 27 & 29 were slated to be demolished and rehabilitated to make way for a new two-story cruise terminal. However, the EIR associated with the project showed that the air quality impacts would be significant, in part because cruise ships would have to rely on diesel fuel for power while the piers were rebuilt. Thanks to the analysis and disclosure required by the CEQA process, mitigation measures were implemented to reduce these negative environmental impacts. In the end, permanent shore-side power was installed at Pier 70 to create an alternative docking area for the cruise ships during construction. The benefits of this mitigation effort was conservatively estimated as a reduction of 11 tons of reactive organic gases, 215 tons of NOx, and 6 tons of particulate matter in 2013 alone.