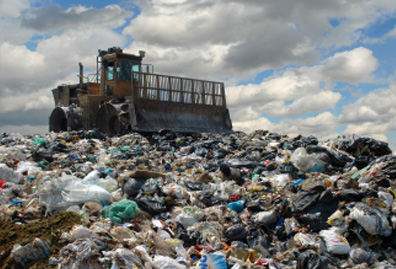 In 1994 the San Gabriel Groundwater Basin was in danger of pollution from an unlined landfill proposed by the Azusa Land Reclamation Company. Despite evidence that the landfill would pollute the groundwater basin, no CEQA review was conducted in the approval process. Concerned citizens, including elected officials, and local municipal water districts sued to prevent the project from going forward without mitigation measures. In 1997 the court found that an environmental review was required before the landfill could operate. Ultimately the Azusa Land Reclamation Company signed a deal with other waste management companies in Southern California to fund water treatment plants in the region.