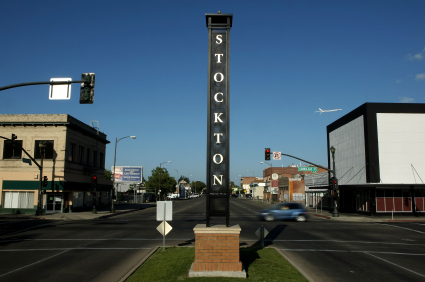 In 2007, the City of Stockton adopted a new General Plan that allowed massive sprawl development in new “villages” at the fringe of the City. Community members were concerned that the Plan would lead to further deterioration of the City’s downtown and degrade the region’s already poor air quality. Their CEQA lawsuit resulted in a ground-breaking settlement that required the City to encourage infill development in favor of sprawl, and to promote a transit system serving all major areas of the City. The City committed to: (1) establish a program to inventory GHG emissions, (2) initiate a process to adopt aggressive green building ordinances, and (3) prepare a comprehensive Climate Action Plan. Under the agreement, the preparation of the Climate Action Plan will be overseen by a new citizens’ advisory committee, comprised of representatives from the non-profit, environmental, labor, business and development sectors of the City.